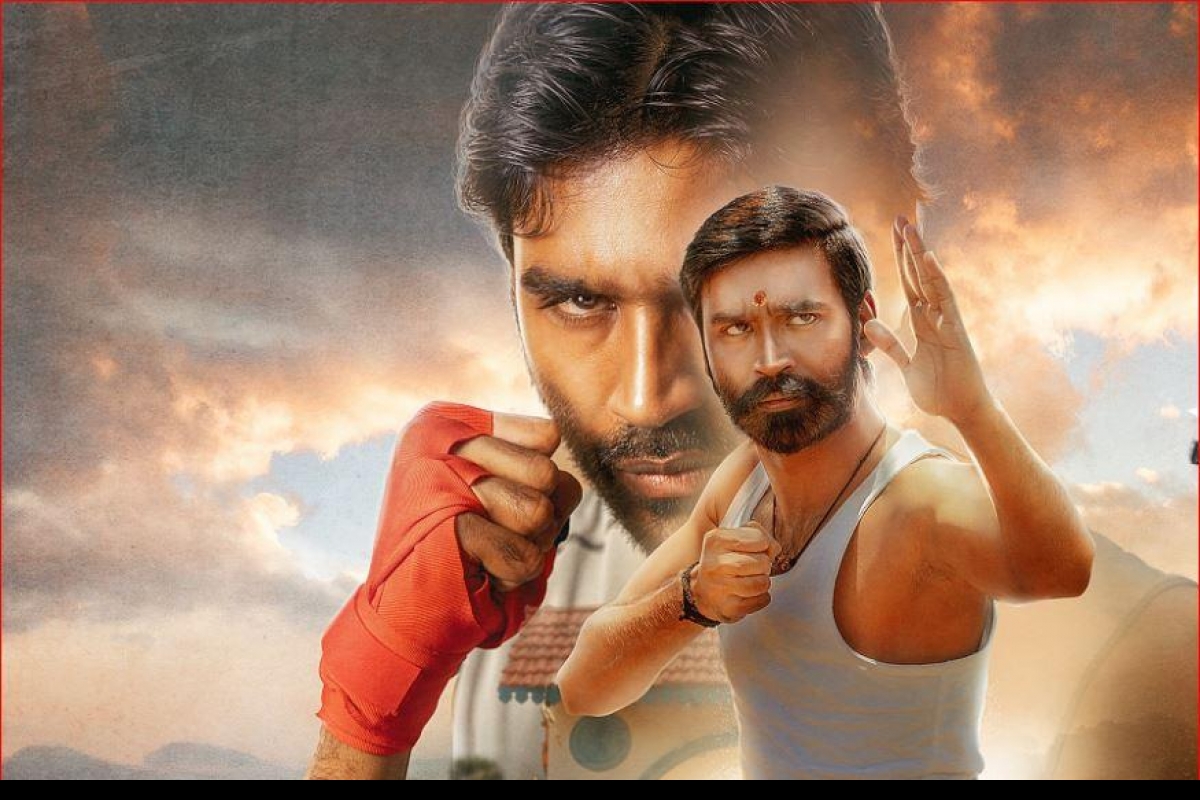 Synopsys: The story is about a petty thief who comes to know about his father, who was a skilled Adimurai warrior and how he was murdered. Learning this, how he takes revenge on the person who killed his father forms the story.

Review: Dhanush, yet again caught the audience with his double-role performance. Dhanush is such an energetic actor who never fails the expectations of his fans and audience.

The film begins in 2001 with Kanyakumari(Sneha) getting arrested for killing a foreigner. She completes her jail term and sets out to take revenge on Nilan(Naveen Chandra) for killing her husband Thiraviyaperumal(Dhanush).

Sakthi a.k.a. Pattas(Dhanush) is a petty thief who robs Mixed Martial Arts Academy(MMA) with his buddy Puncture(KPY Sathish). The police assign the task of catching the robbers to them not knowing that they are the ones that robbed. They will be forced to work with Sadhana(Mehreen Pirzada) who works in MMA and organizes Karate and Mixed Martial Arts Championships. Shakthi saves Kanyakumari from Nilan’s men and learns that she is his mother. He learns about his father and how he was killed by Nilan. The remaining story is how Shakti avenges his father’s death and how he revives the ancient art Adimurai.

Sneha and Dhanush have taken special training for this movie. It is virtually a one man show by Dhanush as he is seen in almost every frame either as the father or as the son. Sneha has done the action scenes very well.

Dhanush is fantastic in dual role. He attracts the audience with his mass role of the father in the second half. The story is predictable. No sudden twists or turns in the script.

The movie has given importance to the Ancient Martial art form Adimurai that has originated in Tamilnadu and which was killed by the British after they invaded our country. This movie is more message oriented as it clearly says that we should protect, preserve and revive the art forms, culture and rich heritage of our country and pass on such knowledge to our present and the next generation.

The movie has seven tracks which are peppy and melodies. The song “Chill Bro” was sung by Dhanush which went viral on youtube with over 3 million views. BGM for the movie was excellent.

This movie is a commercial entertainer and a perfect Pongal celebration for the whole family to watch on big screens.