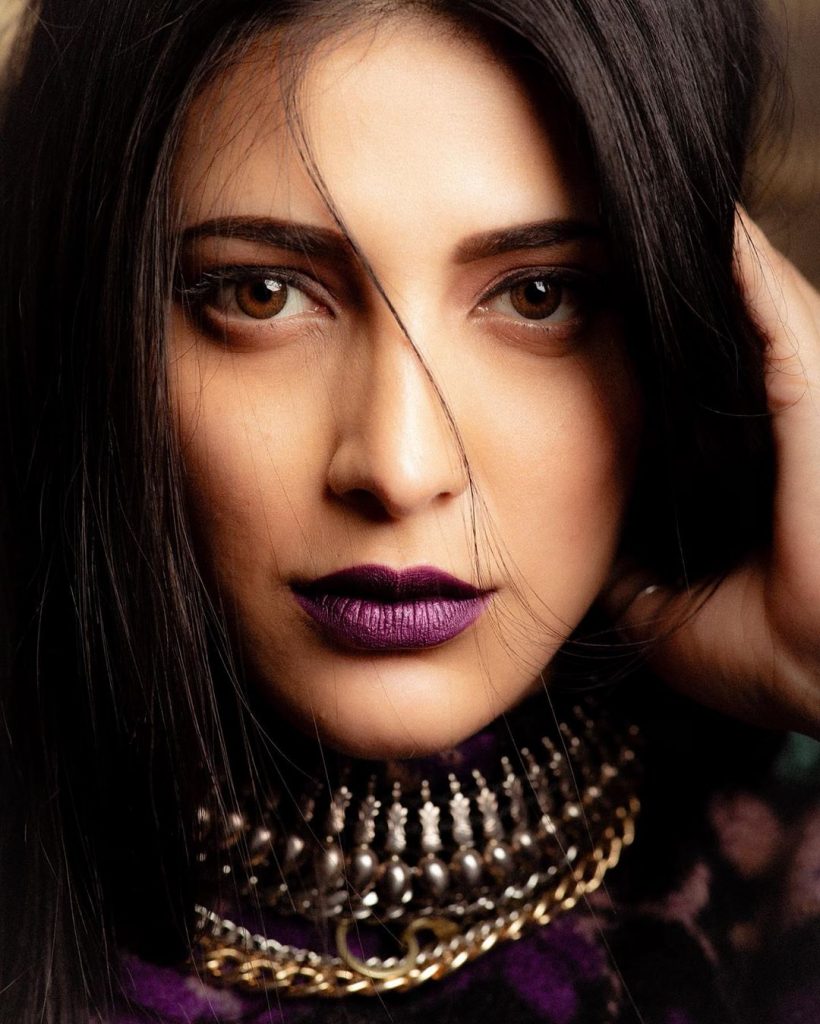 Shruti Haasan (born 28 January 1986) is an Indian film actress and singer who works predominantly in Tamil, Telugu, and Hindi language films. Born in the Haasan family, she is the daughter of actors Kamal Haasan and Sarika Thakur. She is the recipient of several awards, including three Filmfare Awards South, and has established herself as one of the leading actresses of South Indian cinema.

As a child artist, Haasan sang in films and appeared in a guest role in her father’s directorial Hey Ram (2000), before making her adult acting debut in the 2009 Bollywood film Luck.